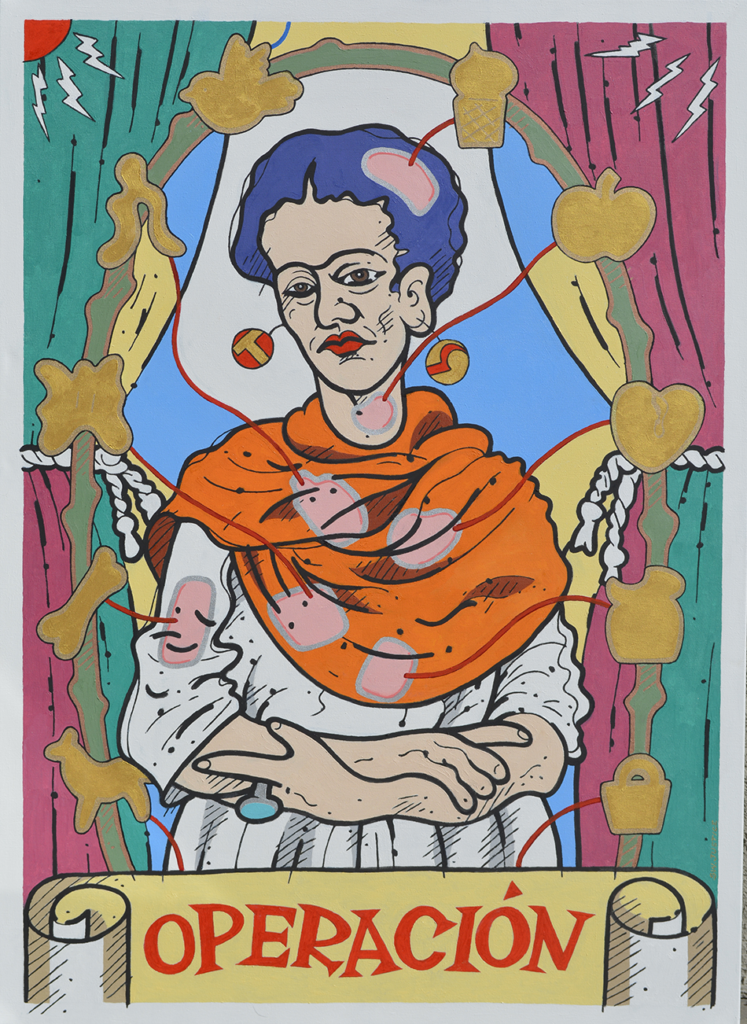 Pain, pleasure and death are no more than a process for existence.  The revolutionary struggle in this process is a doorway open to intelligence. — Frida Kahlo

Frida Kahlo combined Mexican culture, Catholic faith, European surrealism (she was half German), social realist style and memoir to produce magical paintings.  She endured 27 major surgeries as a result of a traffic accident and produced at least that many paintings telling us all about it, many of them with her own guts flying around on red tethers as if spring-loaded.  This morbid sub-genre of hers brought to my mind the classic game introduced in the 1960s, Operation, which was invented by some Cub Scout and is used to train surgeons in Ivy League medical schools.

In this painting the “Operacion” body parts become Milagro charms which replace rosas on a vine surrounding Our Lady of Perpetual Co-payments, who is positioned in a frontal pose and in a format that is proportioned and bordered like a saint card.