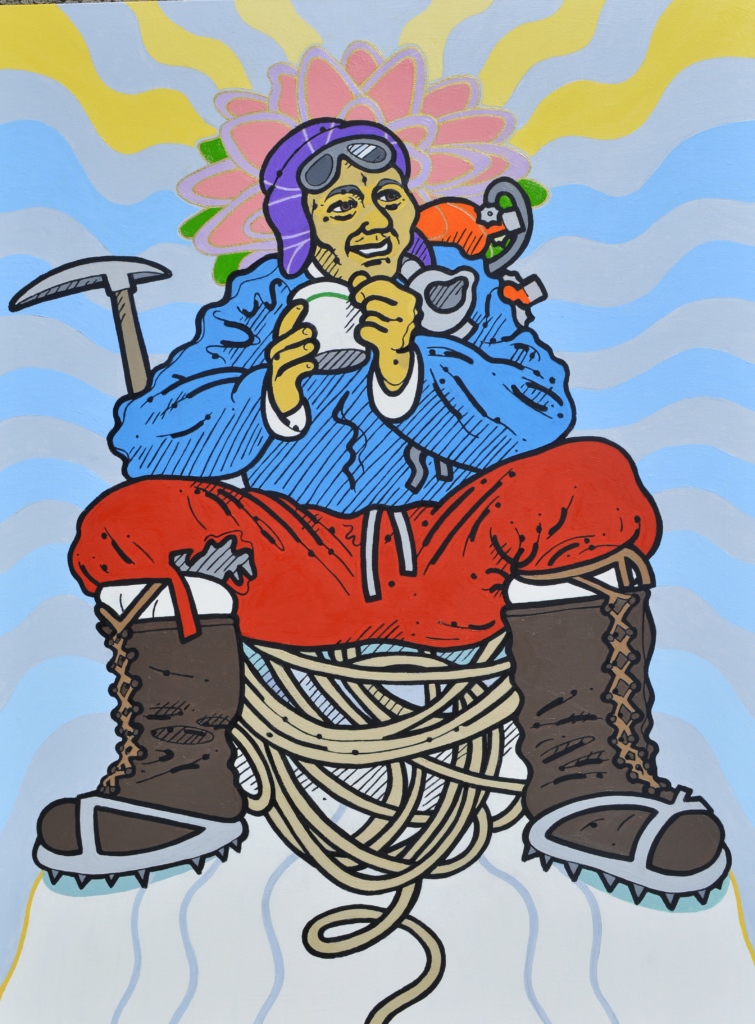 I have never regarded myself as a hero, but Tenzing undoubtedly was. – Sir Edmund Hillary

Could you repeat that, Sir Edmund, only a little louder this time?

Once upon a time, climbing the world’s highest mountains, the Himalayas, was a challenge, so climbers would hire local Sherpas to help.  These Sherpas were experienced climbers themselves, with low pulse rates and noives of steel.  Every Nepalese boy wanted to be a Sherpa for the prestige, the money, and the surplus equipment.  A Sherpa jocking around with his ropes, goggles, and thick climbing boots was the envy of everyone.  It was a ticket out of the dull, unpromising life they faced as small-time herders.

There is no evidence, photographic or otherwise, that Sir Edmund Hillary, reputedly the first person to reach the summit of Mount Everest (in 1953), ever did so.  But there are pictures he took of his Sherpa, Tenzing Norgay, the Tiger of the Himalayas, standing on the summit, waving and planting a flag.  Just sayin’.

Neither man knew they’d be the ones selected to make the final assault, since an expedition would send up the climber and Sherpa most likely to finish the job.  The best horses on the track.  So, it could have been anyone other than Hillary and Tenzing, who were in the right place in the right shape at the right time.  Tenzing would have been okay with it either way, I opine, because he had already been to the summit of Mount Everest many times.    Nepalese sherpas were the first climbers to scale K2 in the wintertime, you know That’s my theory, which is as thin as air at 26 thousand feet.

For further study:  The Himalaya mountain range was formed by the Indian Plate slowly (over 250,000,000 years) crashing into the Eurasian Plate.  India is still moving at a pace of an inch per year, so we can expect India to one day be east of China.