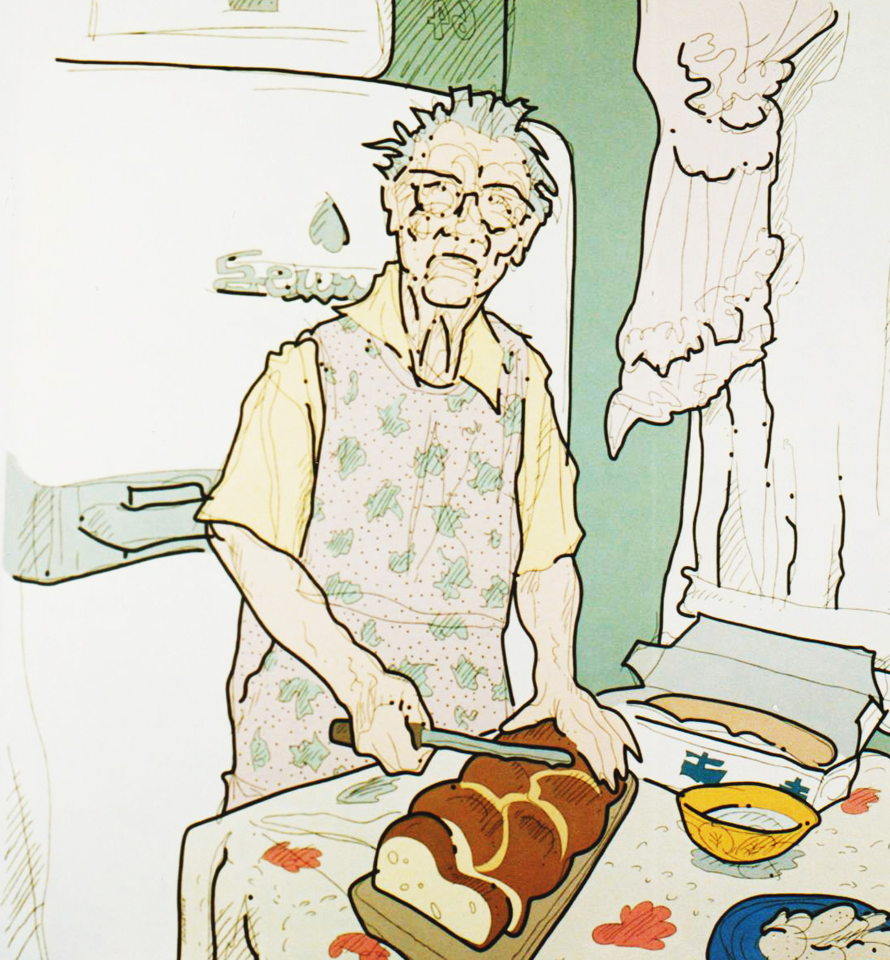 The major concern was to create a monument which would have lasting significance and would be a landmark of our time.  Neither an obelisk nor a rectangular box nor a dome seemed right on this site or for this purpose.  But here, at the edge of the Mississippi River, a great arch did seem right.     — Eero Saarinen

Me and my Eero.

Aiti was my Finnish grandmother.  ‘Aiti’ means ‘Mother’, ‘pulla’ is Finnish coffee bread, ‘kansa’ means ‘with her’, and ‘molopaa’ means ‘dick-head’.  So “Aiti Pullankansaa” means “Mother with Her Coffee Bread”*.   But I speak none of that tangled coat-hanger of a language, and Finns rarely speak at all, so reality in Aiti’s dark, wooden house tended to slowly spiral into a point of nothing like a snake consuming itself tail-first.  But there are no snakes in Finland, unless it can be proven otherwise by some smart zoologist.  None that I know of, anyhow.  I’m certain there are no grasshoppers, thanks to St. Urho, who drove them out.  This is well-documented.  Now if someone could drive the dogs out of West Philly.

Unless we wanted to watch baseball with my grandfather Ukki (“Grandfather”) we could read a book on the porch or, if we were really bored, wander up to the Fineview schoolyard and sportingly present ourselves to be beaten senseless by the Irish city kids for mocking their inarticulate attempts to engage us verbally.  While enjoying the fine view of the gray Pittsburgh sky with our backs on the broken asphalt, of course.

*Finnish words can be ridiculously long, because they string all of a noun’s modifiers together into one extended, seamless word.  For instance, the English phrase “even with its quality of not being possible to be made irrational” becomes the Finnish word “epajarjestelmallistyttamattmyydel-lansakaan”.  It seems unfair that Latin is a dead language, but Finnish lives.