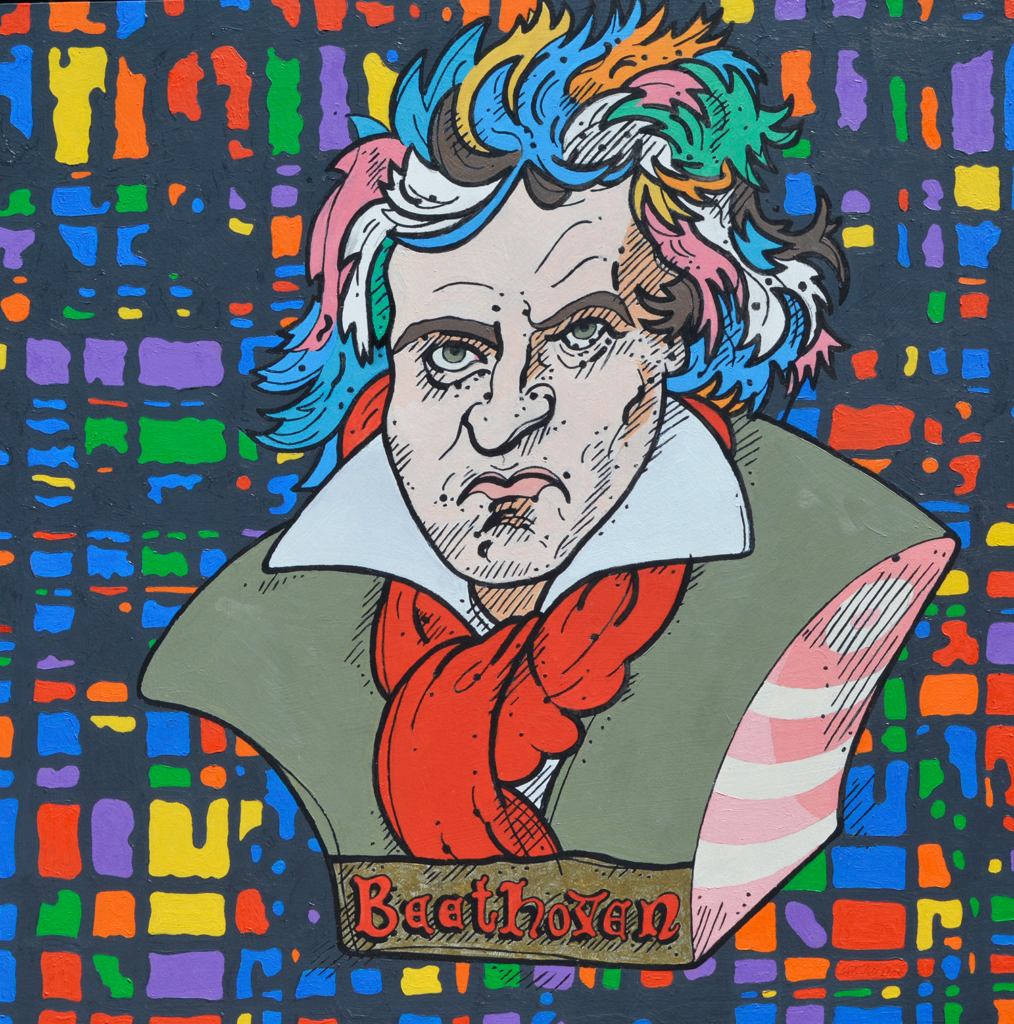 You will ask where my ideas come from.  I cannot say for certain.  They come uncalled, sometimes independently, sometimes in association with other things.  It seems to me that I could wrest them from Nature herself with my own hands, as I go walking in the woods.  They come to me in the silence of the night or in the early morning, stirred into being by moods which the poet would translate into words, but which I put into sounds; and these go through my head ringing and singing and storming until at last I have them before me as notes.     – Ludwig van Beethoven

I don’t know whether it was acute sense memory, good vibrations, a synesthetic ability to see music, or a combination of the four, that enabled Beethoven to compose such big music even though he was as hearing-challenged as a doorknob.  If he was like most people (and he wasn’t), I think he would rather have been able to hear than be heard, and for this he owes us his deepest symphonies.

This is one of my rare paintings that I set aside then returned to, this time three years later, to bring it up to code.  In this painting, I re-animate the maestro’s iconic bust that appears on Schoeder’s piano, the first silk-screened sweatshirt, and every Beethoven album.   He here sets in front of  criss-crossed stanzas and symbols (as recorded in his own hand) which basically represents what he could write and play but could not hear.  To paint this, I chose a color I call “oil-change grey”.  The clamorous background colors were randomly assigned and represent all the gaps in the music that we cannot hear but he could see.  You see?  His wild hair is colored to suggest Milton Glaser’s classic portrait of Bob Dylan from the 1960s.  The times they were a-changing.