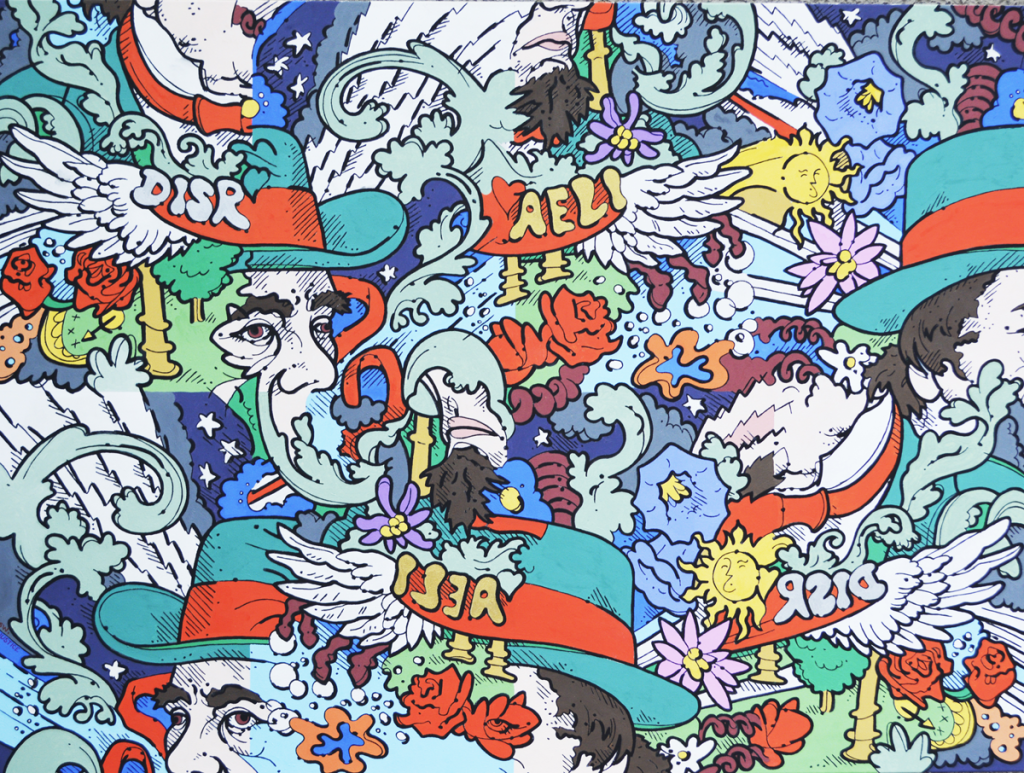 When I want to read a novel, I write one.     – Benjamin Disraeli

I have always been excited by masterpieces of 1960s psychedelic art, such as Creams “Disraeli Gears” album cover by Martin Sharp, and I have always been fascinated by politician/writer Benjamin Disraeli himself, a Jew who operated in the highest echelons in Victorian England and was bloody good at what he did, when he wasn’t trying to write another novel.

While drawing one day, I playfully introduced Disraeli’s portrait into a decoration inspired by the Disraeli Gears artwork and played around with the result.  Prompted by my investigations into cheap abstraction, I reversed, doubled, then fractured my image, and then re-assembled it to my liking, and re-wired it.

William Morris patterns complete the scene, influencing my color selection, balance and distribution as I reversed the blaring 1960s colors back into Victorian versions of their compliments, thereby finishing a broken loop of sorts.  Done and dusted!  Cheerio!