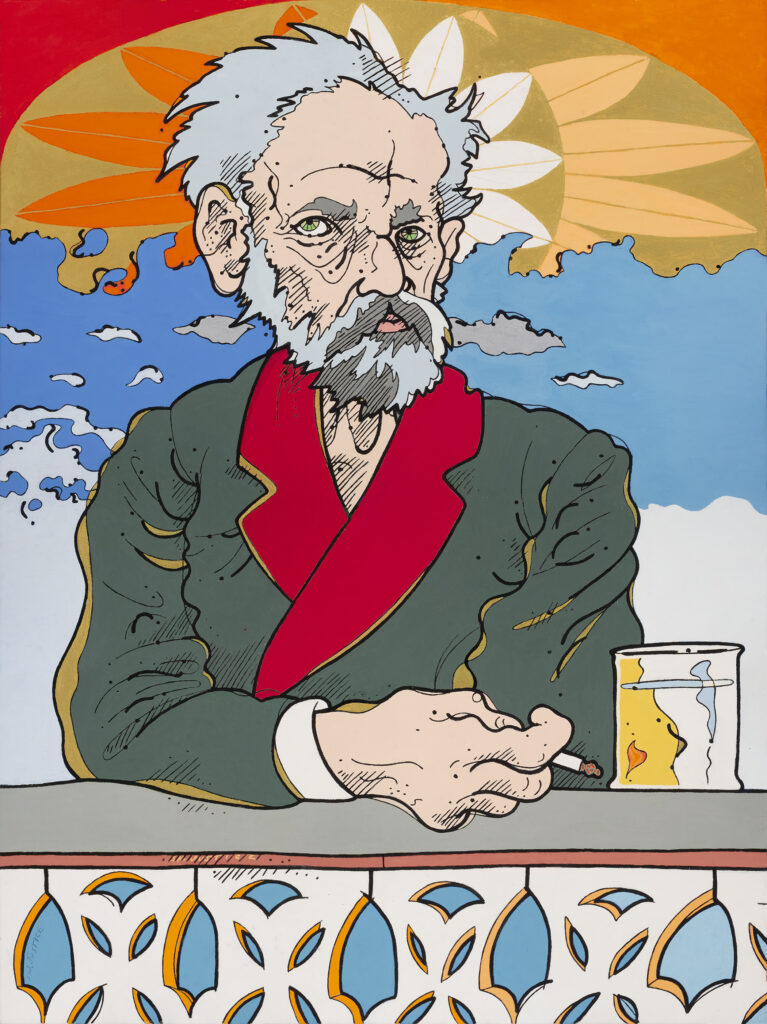 I sit down at my desk at 9 a.m. and the muse has learned to be on time. —  Pyotr Tchaikovsky

Pyotr Tchaikovsky is always shown in white tie at a premier or some other grand event, surrounded by European nobility and Imperial Russian elite, and framed in red and gold.  Not so with his colleague Mussorgsky, who was Modest.  (“Modest” was Muggorsky’s surname.  Get it?)  Here Pete relaxes at Lake Geneva, wearing a robe of the colors of the mid-winter holiday he co-created with Charles Dickens.  (I’m referring to Christmas.)  He died from drinking a tainted glass of water, some say deliberately because of his sexual orientation in an intolerant society.   Maybe he was just thirsty.

Air, sea and snow are roughly suggested in this painting, but it’s up to the viewer (who is you) to assemble and make sense of these elements.  Sorry. Did you think life in czarist Russia should be easy?  The frontal, waist-up composition suggests iconic Russian icon art, complete with a halo (or two) looking for a head, with both halos melting and dripping their gold all over him.  I varied some of the shadings from left to right to add some visual warpage to this otherwise flat picture.

Is that a broken cross of Pyotr’s forehead?  I don’t know, maybe you can ask Ratspukin next time you see him in a vision.