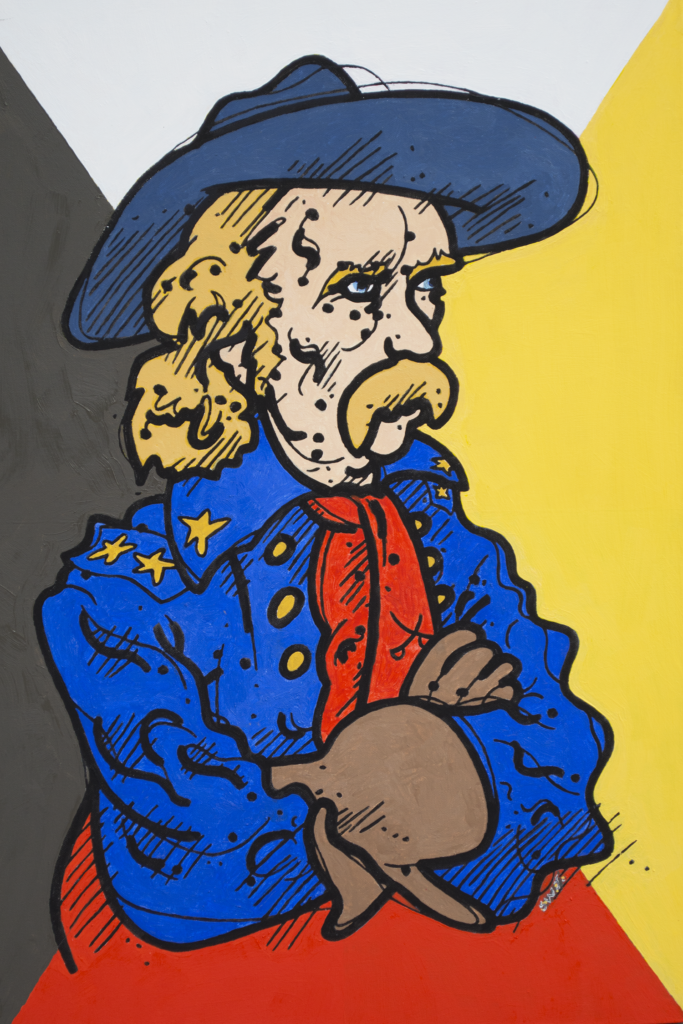 When I was a yout, I did two weeks of church mission work on a Mesquakie Indian Reservation in Iowa.  We were constantly visited with stickers and graffiti posted by Native Americans our own age reading, “Custer had it coming.”  After I figured out what it meant, my eyes, ears and minds were opened.  I had gone to Iowa to ‘convert the native’ but the ‘natives’ converted me.  Sometimes the magic works and sometimes it doesn’t.

“Culuster’s Last Stand” is an example of my changing a context to borrow one myth to leverage another in order to present a truth.  I borrowed the subject, pose and symbolism from Andrea Mantegna’s “San Sebastian” in type-casting George Armstrong Custer as a poster boy for American arrogance.  It may be our last stand, too, amid the ruins of a dysfunctional civilization.

Custer’s mismatched uniform comments on the Civil War surplus he and other Indian fighters were expected to use against better horsemen who very frequently even had superior fire-arms.  The Sioux had their sources as well as their horses.

Note:  The word “Culuster” in the title is a Latin word meaning “Asshole”.