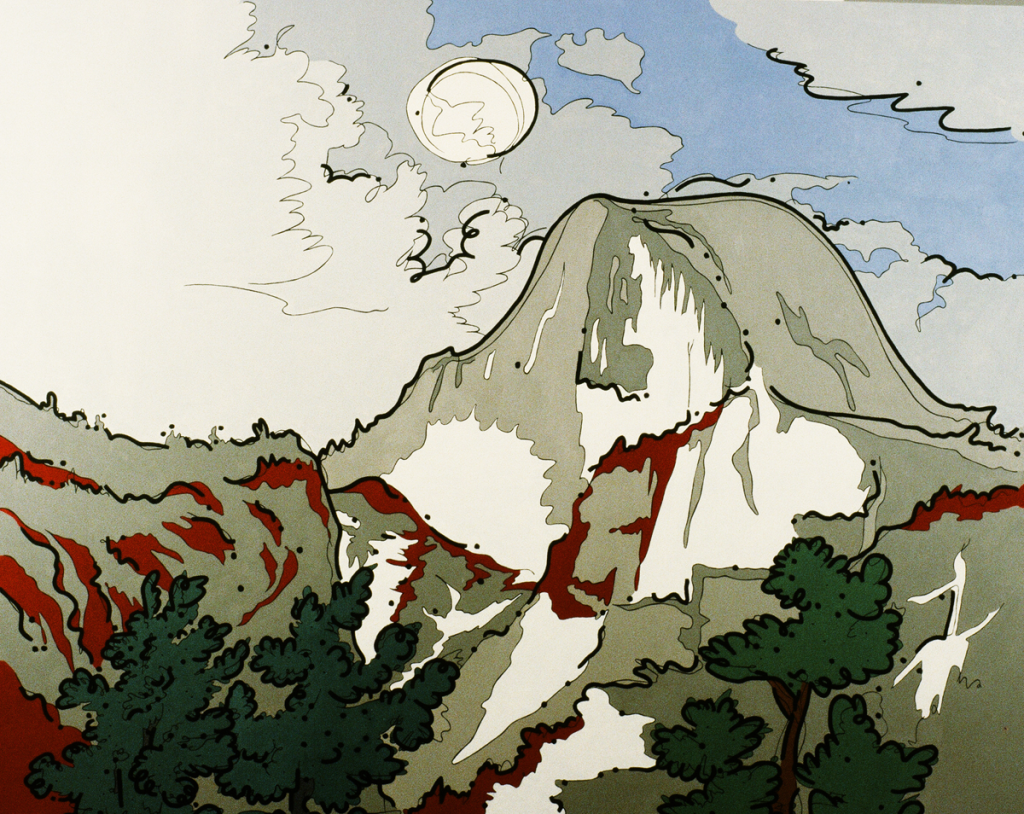 We all move on the fringes of eternity and are sometimes granted vistas through the fabric of illusion.     – Ansel Adams

“Fool Moon” is a colorization of a black-and-white Ansel Adams subject, with red added to turn my own painting into a comment on our misguided environmental attitudes.

John Muir once ingeniously opined that one precipice at Yosemite was prone to major avalanche every 100 years, by noting that all the fallen trees at the bottom were 100 years old.  They grew up together and they went down together.

This painting went missing with ten others, when the owner of the gallery where they were being shown had to flee creditors.  I’d rented a truck to remove and ship home my paintings back home, but I found the gallery padlocked and empty.  After receiving an anonymous phone tip later that same day, I located the paintings in the basement of a Mexican restaurant, with one painting broken in half and this one punctured clear through.  I ultimately repaired and sold both paintings.  Months later I bumped into the gallerist again, only he had gone to extremes to alter his appearance by growing a goatee, wearing glasses, and re-shaping his hairline – he was now bald on the top of his head with the world’s worst comb-over.

They say there’s a redwood tree near Yosemite (redwoods tend to stick together and never stray very far) that is a half mile tall and older than China, but they haven’t found it yet.  In fact, we’re not really sure who “they” are.  So where does that leave us?

We all have our sad vanities to pursue.  Or avoid.