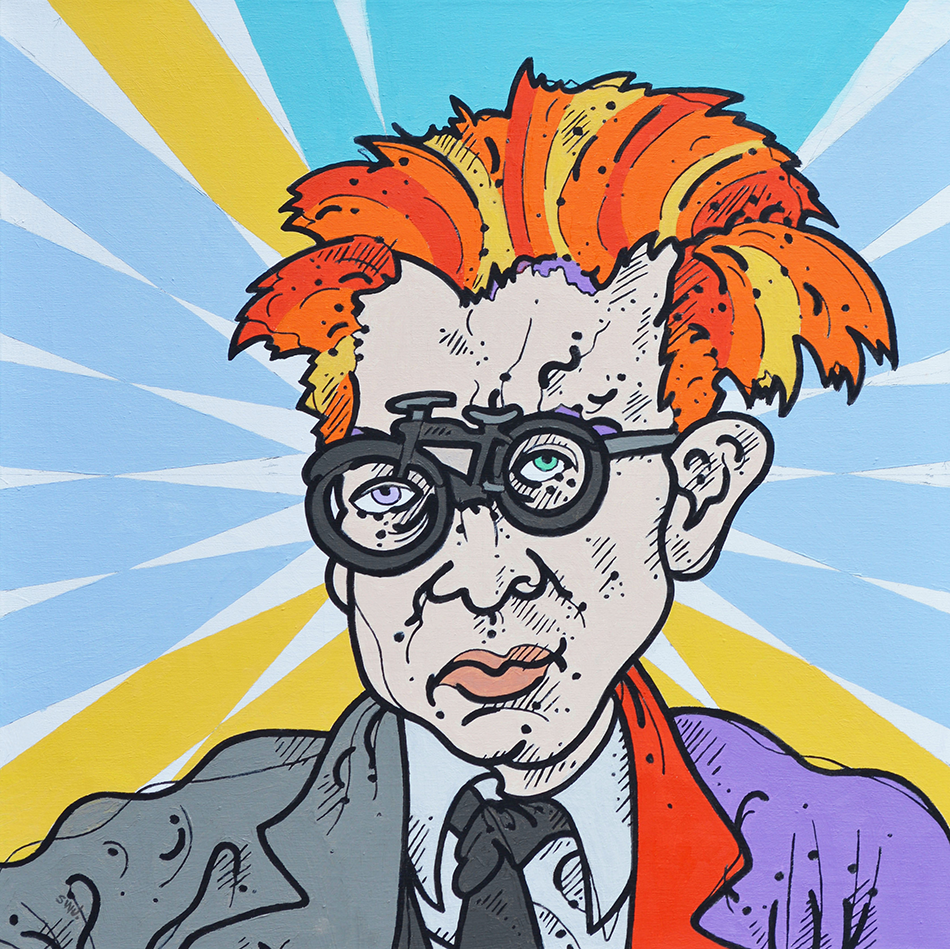 This is simply a retelling of Huxley’s bicycle story from his book “Doors of Perception”, in as much detail and economy as 4 square feet can support.

In his story, Aldous ingests a powerful hallucinogen and mayhem ensues.  In fact, he barely made it home.

His normally black-and-white visage has here gone almost full color.  The sparkle and dazzle of the background is formed by the spokes of a bicycle wheel, and even his ever-present nerd glasses have gone two-wheeler.