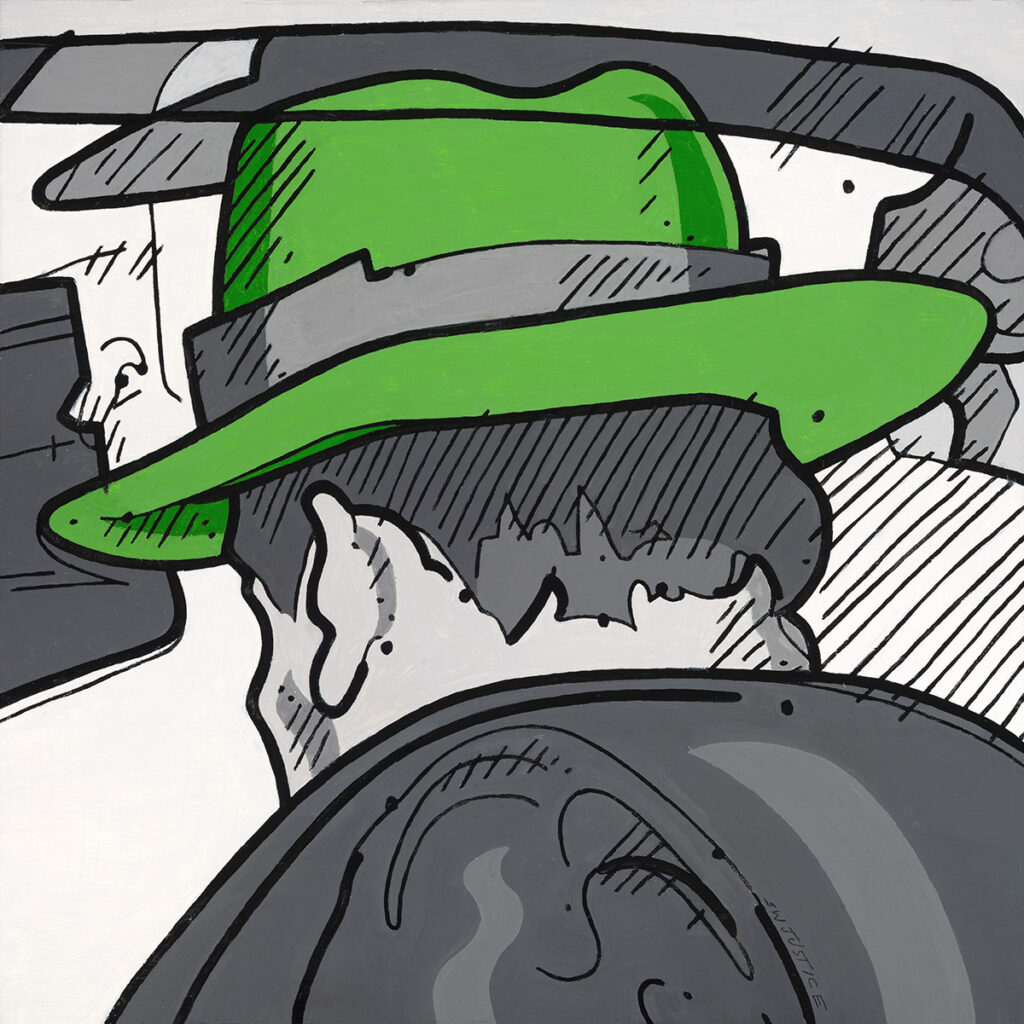 I am just a patsy!    –Lee Harvey Oswald

Some of you may think I have an obsession with Patsy’s assassin, Jack Ruby, since I have featured him in 5 paintings as of this writing.  I don’t think 5000 paintings would help me sort out that Cold War shit-show.  Nor do I want to say I, as an artist, wish to bear witness to the event, because all the witnesses in the JFK murder disappeared or were found dead.

The subject’s name was not actually Jack Maybe, it was Jack Ruby.  And his name wasn’t Jack Ruby either – it was Jacob Leon Rubenstein, from Chicago.  He worked in Army counter-intelligence in WWII and got hooked on that type of work.  He owned nightclubs, it was well known, but he also rooted out communists, before he became one himself.  Then he turned snitch and rooted out more communists, eventually being excused as a HUAC witness by Richard Nixon himself.  After that, Ruby worked with CIA operatives, running guns, ammo and counterfeit currency to Fidel Castro, then he flipped again when Castro came out as a communist in 1959.  Through all this he became acquainted with boy scouts such as Al Capone, Jimmy Hoffa, Santo Trafficante, Carlos Marcello, Sam Giancana and Sam’s lapdog’s lapdog’s lapdog, Lee Harvey Oswald, the 24-year-old shooter of President John F. Kennedy in 1963.

For reasons we may never know, Ruby considered that Oswald must be rewarded with a bullet in the belly.*  Some say it was premeditated, and even politically motivated.  Maybe yes, Maybe no.  I say it was spontaneous, because Ruby’s dog was found waiting for him in his car, and what assassin would take his dog to work with him ?