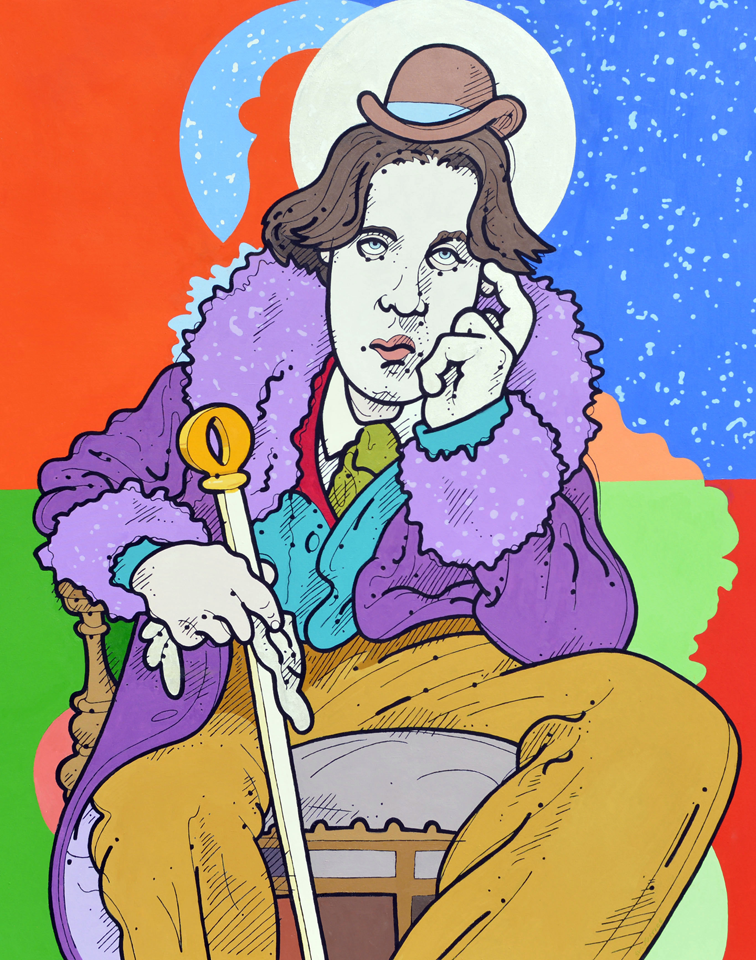 The past is what man should not have been.  The present is what man ought to be.  The future is what artists are.     – Oscar Wilde

In 1882, Oscar Wilde lectured throughout the U.S. for an entire year to support a touring show he wrote starring a caricature of himself.  In the process, he made of himself one of the many first modern celebrities.

My usual altarpiece-like centering of Oscar’s chakras anchors the subject and allows me to take liberties with symmetry, and hints at 19th century Orientalism, which was being imported to the UK at the time, as a result of the generous deals she struck with her colonies.  Oscar would have appreciated the care with which his bright and fashionable Victorian

clothing was researched, since he was, as you well know, a dandy.  With the possible exception of the little clay hat that he bought when he visited Santa Fe.  The orange and green colors reference his Irishness, the blue and red, his Englishness.  The starry sky references a comment he once made, “We are all in the gutter, but some of us are looking at the stars.”

With our thoughts we make the world and with our love we can change the world.  Those were Oscar’s words, not mine.  They were not George Harrison’s either, even though he wrote them into his song, “Within You and Without You”.  Perhaps I plagiared a plagiar.  There’s no law against that.