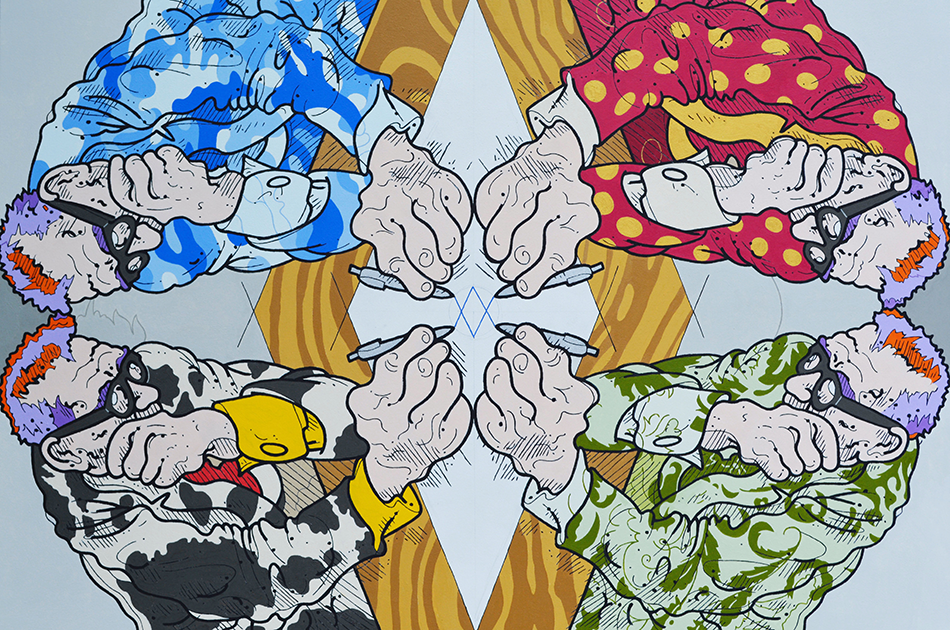 Here is a creative talent who handled both lyrics and libretto deftly and memorably.  He knew how to make the inessential into the indispensable and recreated American musical theater, one section, row and seat at a time.

I allowed the subject to settle into his being a minor character in his own portrait.  Here you can barely see Hammerstein’s face – some portrait, you may sniff.  He could almost be mistaken for Drew Carey, were he not wearing the costumes from four of his own musicals, “The King and I, the Sound of Music, Oklahoma and South Pacific”.  Why four?  I don’t know, but you can see he’s drawn the first four strokes of a Star of David.  Another 4.  Four must be today’s number.  The subject(s) emerges from the black & white, burn & dodge photographic gloom of mid mid-century Life Magazine America, and graces the technicolor screen.

The woodgrain in the center of the painting is nothing but a cheap contrivance on my part to justify the mis-spelt title “OAKLAHOMA!”  A stretch, perhaps you say, but no artist knows how to call It down from the heavens every time he needs it.