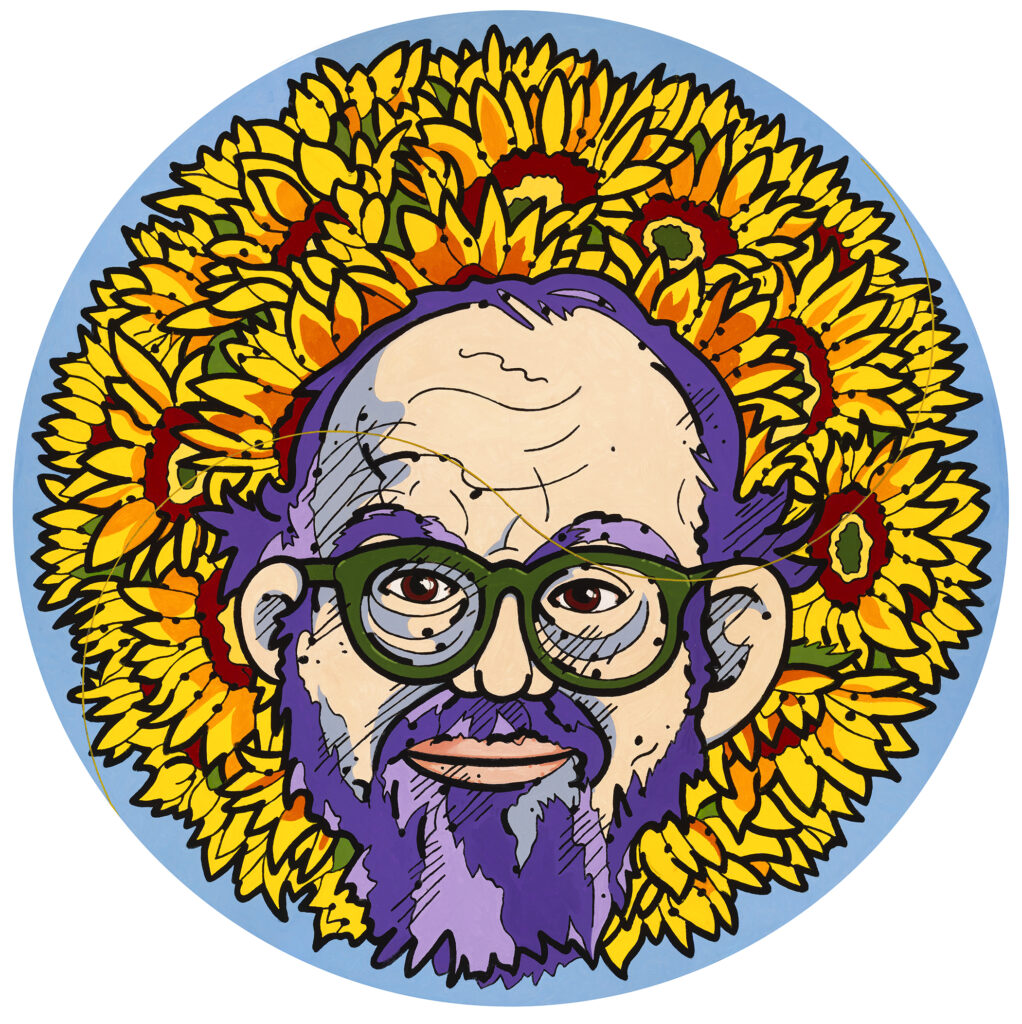 Allen Ginsberg made supporting appearances in at least nine of his fellow Beat soul-brother Jack Kerouac’s novels, all under assumed names.  In “The Town and the City”, he is Leon Levinsky.  In “On the Road”, he is Carlo Marx.  In “The Dharma Bums”, he is Alvah Goldbrook.  In “The Subterraneans”, he is Adam Moorad.  And in “The Vanity of Duluoz”, “Visions of Cody”, “Big Sur”, “Book of Dreams” and “Desolation Angels”, he is Irwin Garden.  In “Desolation Angels”, Ginsberg’s father appears as Harry Garden.  I still wonder how Alvah Goldbrook in “The Dharma Bums” becomes Irwin Garden in “Desolation Angels”, since the latter novel grew from and is an extension of the former, but the answer to that question may be for higher minds than mine.  It’s Jack’s call anyhow, being the author.  I wonder also if the surname “Garden” had something to do with Ginsberg’s being a Joisey boy.  Oh — there is one more alias that I almost forgot — Ginsberg appears as David Stofsky in Beat-wannabe John Clellon Holmes’ novel “Go!”, which JCH originally called “The Daybreak Boys”, which would have been apt since almost all the characters and writers in Beat literature were male.  Women served as their lust-objects and muses with about three emotions and no ambitions.  But those gone cats could write!  Allen Ginsberg would have perhaps been one of our greatest poets were he only able to curb his potty-mouth.  (And get a haircut like Robert Frost’s.)  He even wound up in court over his word-choices in his game-changing poem “Howl”, whose book also contained the majestic “Sunflower Sutra”.  The judge sided with Allen and his publisher Lawrence Ferlinghetti, feeling creative geniuses are gifts, and that we should never look a gift horse in the potty-mouth.

William Blake wrote the poem “Ah! Sunflower”, which served as Ginsberg’s wake-up call and guiding light when he heard Blake’s disembodied voice recite it one night in 1948, and all hell broke loose in Ginsberg’s head.  Aren’t artists great?  As Blake himself wrote in his poem To God, “If you have formed a Circle to go into/ Go into it yourself and see how you would do.”  That’s it.  That’s the whole poem.