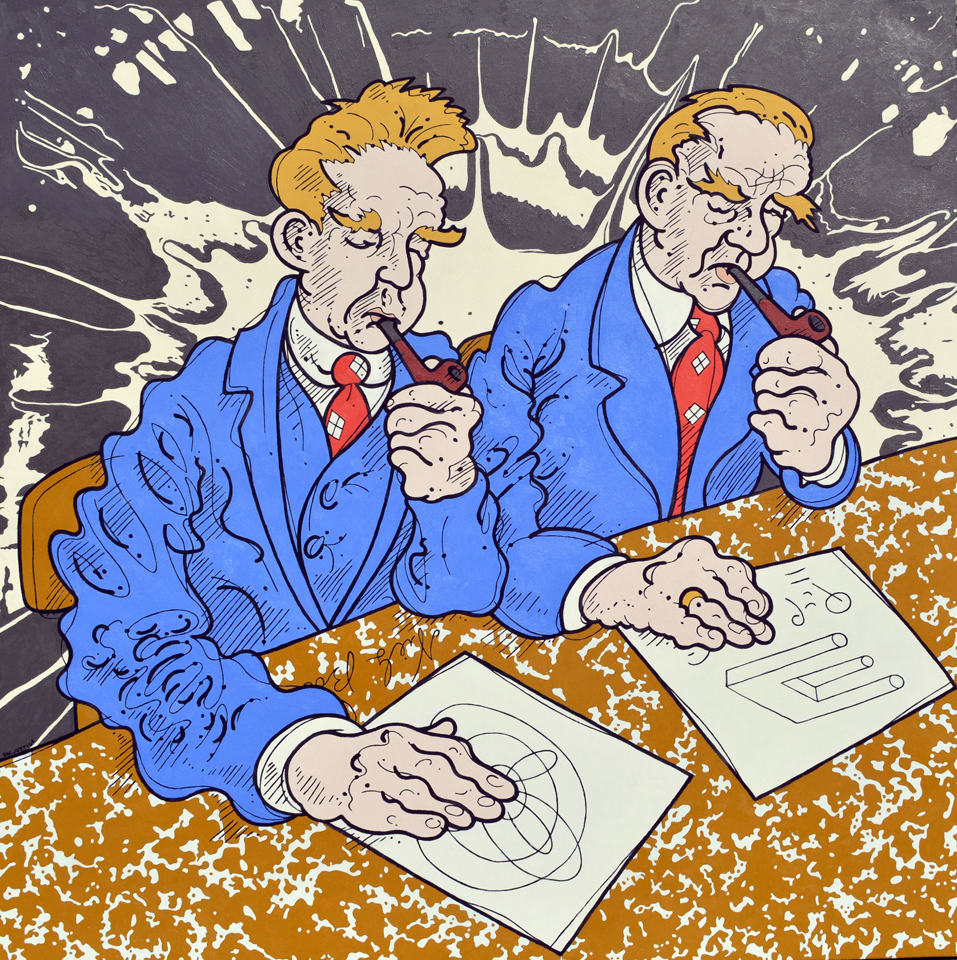 In high school Honors Physics class, I challenged myself to make it through the entire course without using either a calculator, which didn’t exist yet, or that weapon which nerds open-carried for self-defense, the slide-rule.  This turned out to be one of my least successful physics experiments, and, not unpredictably, my grade dropped at a rate of 32 feet per second squared.

But it wasn’t such a crazy idea in principle.  After all, the calculator was invented without the use of a calculator and the slide rule was invented without the use of a slide rule.  I managed to save myself from complete failure, on the theoretical side, thank you, by reading and reporting on the works of great thinkers such as Einstein, Feynman, Fermi, Bohrs, Planck, the Professor and Mary Ann.

My painting “Physics is Phun” (which was one of my physics teacher’s catch-phrases) turned out being about high school physics and the oaken, blackboard dankness that served as its classroom.  This painting’s subject, Niels Bohr, was spoken there, revered for his genius, opinions, and celebrity, book-ended by his deeds as a young physicist and his words as an elder.

I arrived at this transgenerational time leak after doodling around with Bohrs’ plural-sounding surname “Niels”.   Using an old Spin-art project of my daughter’s as a model, I created what appears to be a radiating splatter of chalk on the chalkboard, as if that day’s lesson was about centrifugal force and the teacher had spun the board.

Our classroom was hall-locked, meaning it had no windows through which to lose myself, so I here borrow one from the art room.  The oak furniture is subsequently dappled with light as if filtered through trees outside, creating the same pattern one also finds on a student’s composition book.