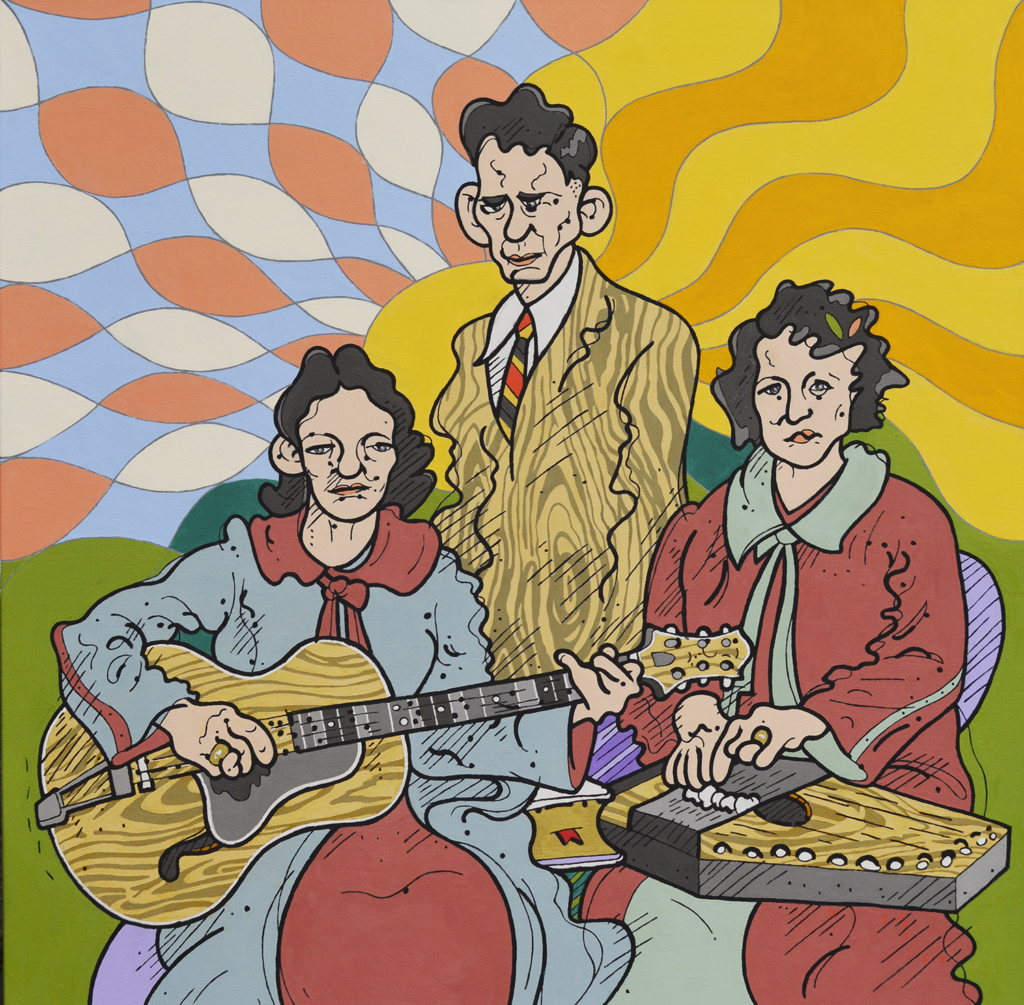 The Carter Family occurred as naturally as moss on the north side of a west-bound hemlock tree.  During the depression, Columbia Records trimmed their Country Music stable down to only a couple acts, and the Carter Family was one of them.  (The other was Jimmy Rodgers, known as the Yodeling Brakeman, and when he practiced at home, the Roommate from Hell.)  Then the Carters jumped with all six feet on an opportunity to broadcast over almost the entire US from Mexico, thus skirting an FCC rule limiting station strength that would otherwise have kept them a regional phenomenon.

Sara and Maybelle (“Ma”) Carter were cousins, A.P. married Sara, who then married A.P.’s cousin and split for California while A.P. ran his grocery store, leaving Ma to keep the music coming with her girls, one of whom was June Carter, who married into country music royalty.  Got all that?

A.P. Carter was an odd, gentle man who wrote thousands of songs (and stole some – “Keep on the Sunny Side of Life” was actually written by Ada Blenkhorn and Howard Enwisle in 1901), seeking inspiration by walking along railroad tracks wherever he was.  Before gigs, the two women would often have to split up to try to find him, one heading up-track and the other down, and they would either find him or they would take to the stage without him.

This painting is about the Carters and their acoustic music:  The Hills of Virginny, My Clinch Mountain home, the Wildwood Flower, and The Sunny Side, along with the earth, sky, sun, and clouds.  I considered old WPA posters and fashions of the era in my color selections.  Classic paintings such as Picasso’s Three Musicians (Les Tres Musiciones) crossed my mind, as well.  I once again use a square format to suggest record packaging.