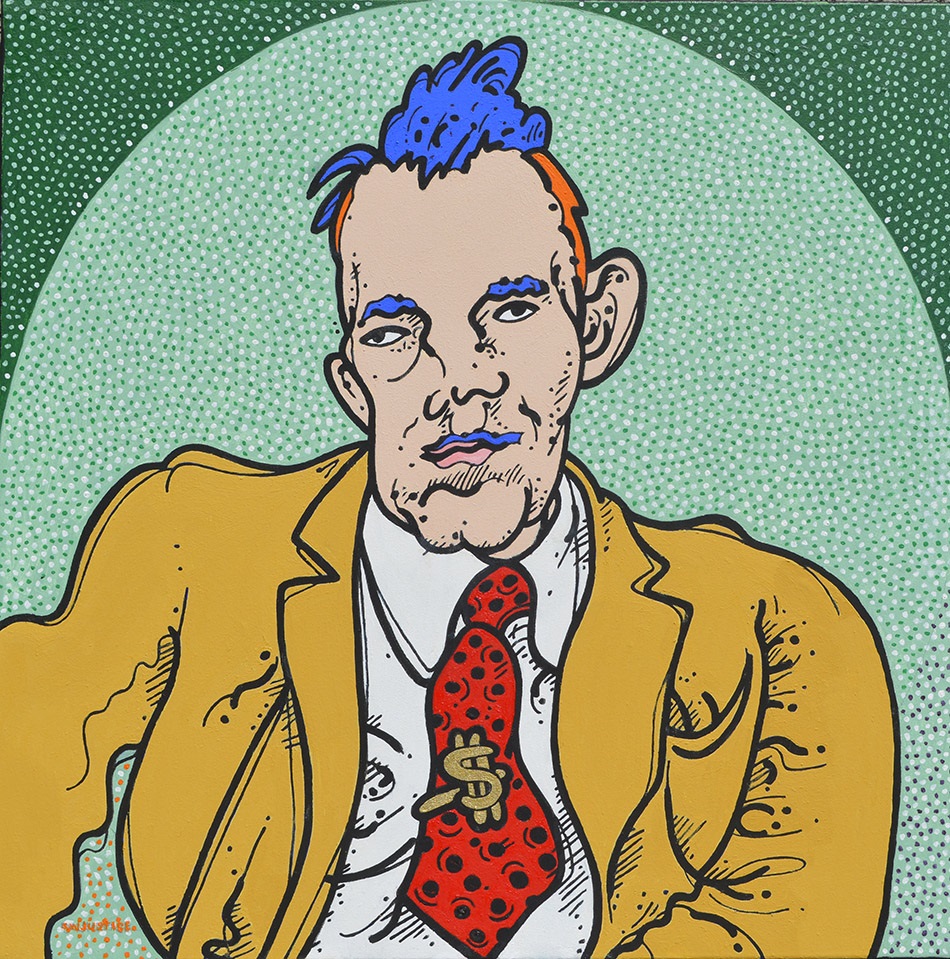 Justice is incidental to law and order.     – J. Edgar Hoover

… A mere by-product of law and order, the top cop says.

In this re-animation of a police photo of the recently-martyred holey-man John Dillinger, I experimented with water-based oil paint due to studiostic spatial restraints at the time, but I later over-painted it with the good stuff.

The green arch in the painting plays multiple roles, suggesting an engraved image on US currency, or every bank teller’s nightmare (or wet dream) of John Dillinger waiting at their window to make a withdrawal.  The hair is just him being cool, but the precise colors were suggested by a Florida Gators fan.  Yes, there are still a few of them around — Isn’t that cute?

Dillinger was only 31 when he was gunned down as three of five shots struck him in front of the Biograph Theater in Chicago, where he and a hot date in a red dress had gone to see Bonnie and Clyde.   (Correction: They had just seen Manhattan Melodrama, starring the apish, jug-eared, fast-talking former tire-builder from Akron, and future WWII flyboy, Clark Gable.)  Just a few months earlier Dillinger had famously escaped from jail in Princeton, Illinois, where he was being given a time out for doing a whole lot of bad things.  Legend has it that he broke out of jail by threatening the guards with a fake gun that he’d carved out of a tomato.  He more than likely threatened them with $100 bills.  Shoot me if I’m wrong.