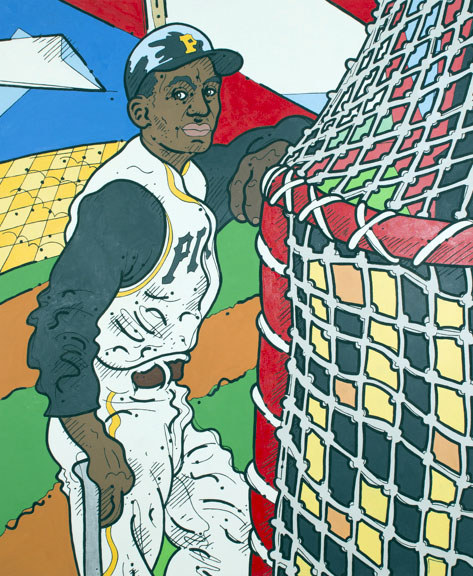 When I wake up in the morning, I play I am still sleeping.     – Roberto Clemente

One of my earliest memories is of my mother setting up her ironing and other chores in the fallout shelter, so that she could watch the 1960 World Series between the hometown favorites, the Pittsburgh Pirates and the big, bad New York Yankees.  She bought me a puzzle to occupy myself during the Series, which she instructed me could only be assembled on the wall, so I spent 9 days (7 games) chasing puzzle pieces around the room. My 6-year-old brother re-read and annotated his Tolstoy then his Mencken, and my mother ironed and re-ironed our clothes until they were stiff as plywood.  I could barely pry apart my t-shirts after she ironed them.

Pittsburgh Pirates outfielder Roberto Clemente was baseball’s first Latino superstar.  Though his team was (and still is) racially progressive in its philosophy, Clemente had to deal with much of the same discrimination, miscommunication and cultural disconnect that other immigrants feel.  We kids were encouraged to admire the white infielders, but it was the dark outfielders who were doing the heavy lifting.

In this painting, Clemente eyes us like a thoroughbred.  He was the Seabiscuit of baseball in that his form was poor but he was effective.  He knows we’re here to watch him hit baseballs, something he did very well.  The digital numbers magically appearing before him hint at the new, electronic sport that would arrive a few years after this picture was taken.  In the meantime, he waits in hokey old Forbes Field, which is here shattered as if by a hurricane into the colors of the Caribbean and of Major League stadium sports.