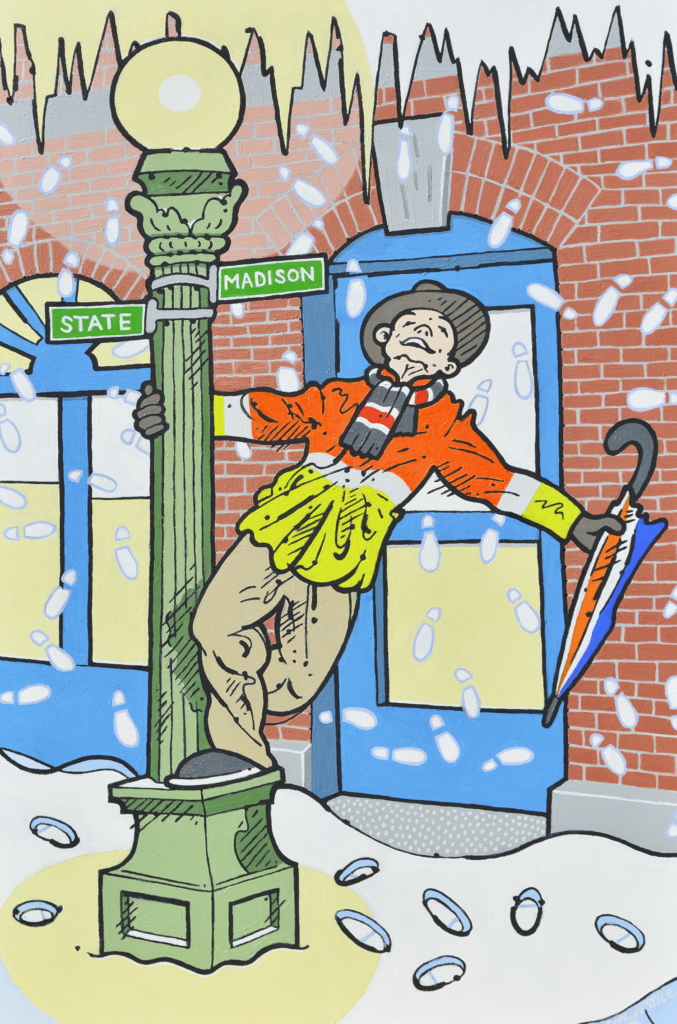 Like Gene Kelly, I also wanted to play shortstop for the Pittsburgh Pirates.  Kelly wanted to take Arky Vaughn’s place.  I planned to replace Gene Alley when he retired, but Alley wrecked his throwing arm and quit when I was only twelve, so that derailed me from my career path.  It was all for the better – Alley had a throwing arm like a cannon, whereas mine was more like a volcano.  My junior high school counselor recommended a career in bull fighting instead, and I’ve had to fight some form it every day of my life.

In this commissioned piece, Gene Kelly is shown singing (and dancing) in the snow at the corner of State and Madison in the Windy City, Chicago, a week before the Cubs’ home opener.

The architecture is brick – years ago Chicagoans learned the hard way that brick doesn’t burn — and the trim is painted with surplus Conrail blue.  As for Gene’s parka, one should dress visibly when singing (and dancing) in the streets at night.  Plus, during the winter months, Chicagoans dress like they expect to have to change a tire or shovel snow at any moment.