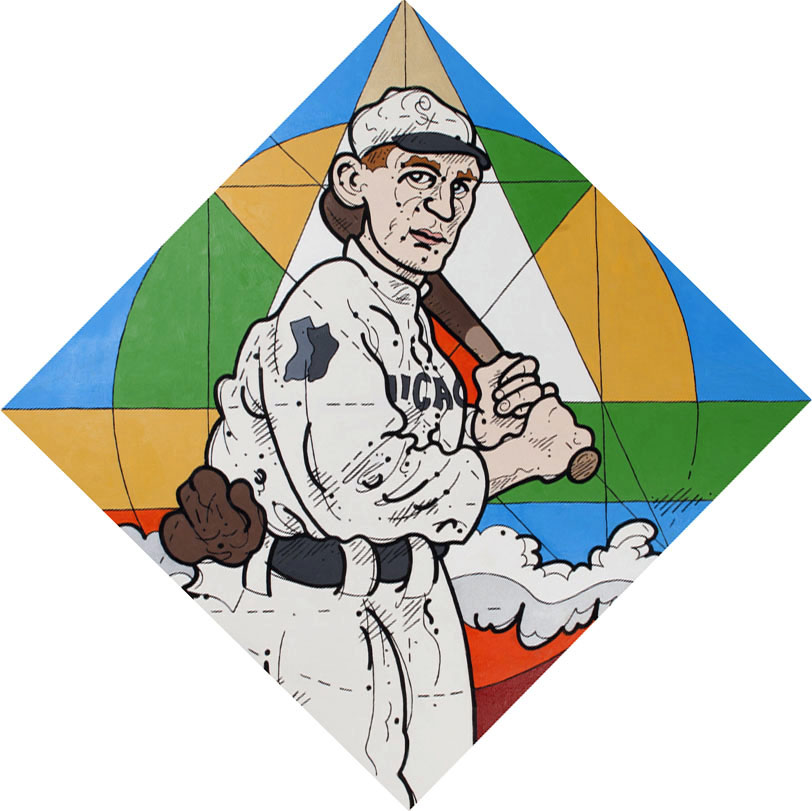 I ain’t afraid to tell the world that it don’t take school stuff to help a fella play ball.   – Shoeless Joe Jackson

Hurray, hurray!  Step right up folks, and gaze with unabashed sympathy at an illiterate athletic savant who, in spite of his God-given talents, found himself in circumstances beyond his simple understanding of the world, which was the Black Sox Scandal, in which several White Sox players colluded to throw the 1919 World Series in exchange for riches.  “Let’s light this scandal!” Joe shouted, and everyone else groaned.  They learned the old lesson the hard way, that their boss (Walter Comisky) might not always be right, but he was always boss.

Joe Jackson struck out only 186 times in 13 major league seasons, which is something like only twice a month, for those of you who are scoring at home.  Vince Dimaggio struck out that much every year.  His brother Joe only struck out with Hollywood super-starlets.  Some modern players strike out that many times by August.  Jackson has baseball’s second-highest career batting average, a few points behind Ty Cobb.  But (sigh), there is no Hall of Fame for anyone dumber than Dizzy Dean.

In this painting, the analysis, geometry and extreme calculation particular to baseball are iterated through line, color and the diamond format.  Is that hell below?  Is that a light of inspiration over Joe’s head, or is it a dunce cap?  Or maybe some sort of tractor beam?  No, I’m pretty sure he plowed with mules, so it can’t be a tractor beam.  Jimmy Carter plowed with mules when he was young, too, plus he ate more opossum than he cares to admit.  He said so.

So, there’s a right and a wrong question to every answer, and it’s up to us to find out what it is.  The take-away, kids, is STAY IN SCHOOL!   Learning never ends.  And, yes, this will be on the test.