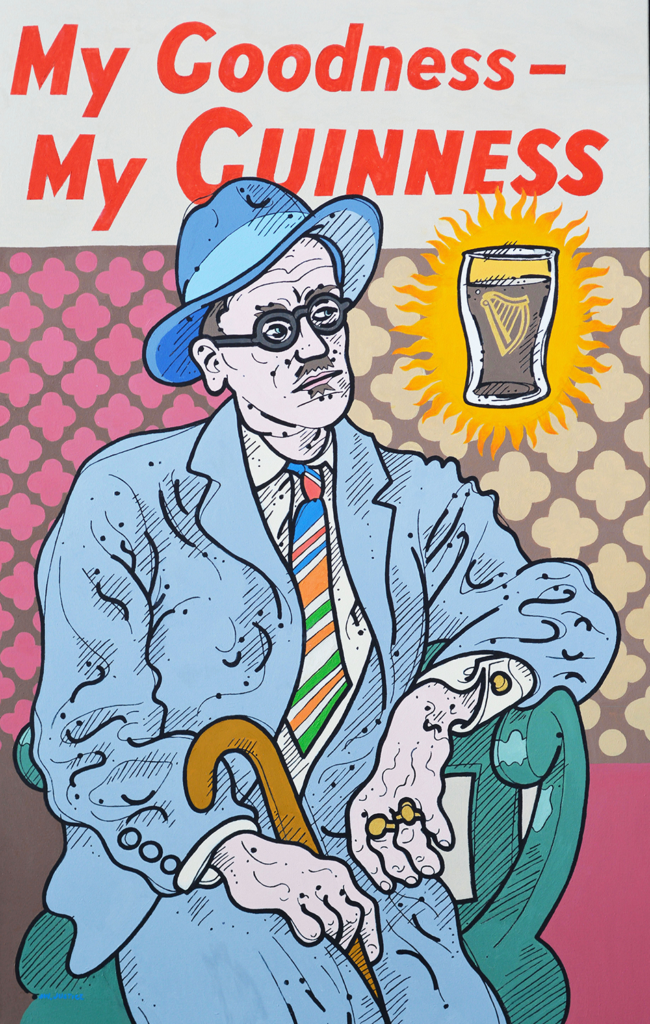 “There is a certain resemblance between the mystery of the Mass and what I am trying to do …  to give people a kind of intellectual or spiritual pleasure by converting the bread of everyday life into something that has a permanent artistic life of its own …   for their mental, moral and spiritual uplift.” – James Joyce

I read Finnegan’s Wake when I want to stretch my head and crack loose adhesions before I work.  James Joyce wrote about the Catholic church critically but was fully aware of its powerful draw and influence in Irish life.  In his stream-of-consciousness narratives he captures perfectly the wandering mind of a wayward Christian, which I attempt to capture here, in the format and coloration of a Guinness pub advertisement.  (Guinness was originally created as an attempt to save Irish society from the evils of whiskey.)  His tie is tri-colored, first in Irish orange-white-green and then in English red-white-blue, in a reference to the Troubles that for Ireland were (and still are) a cultural given.