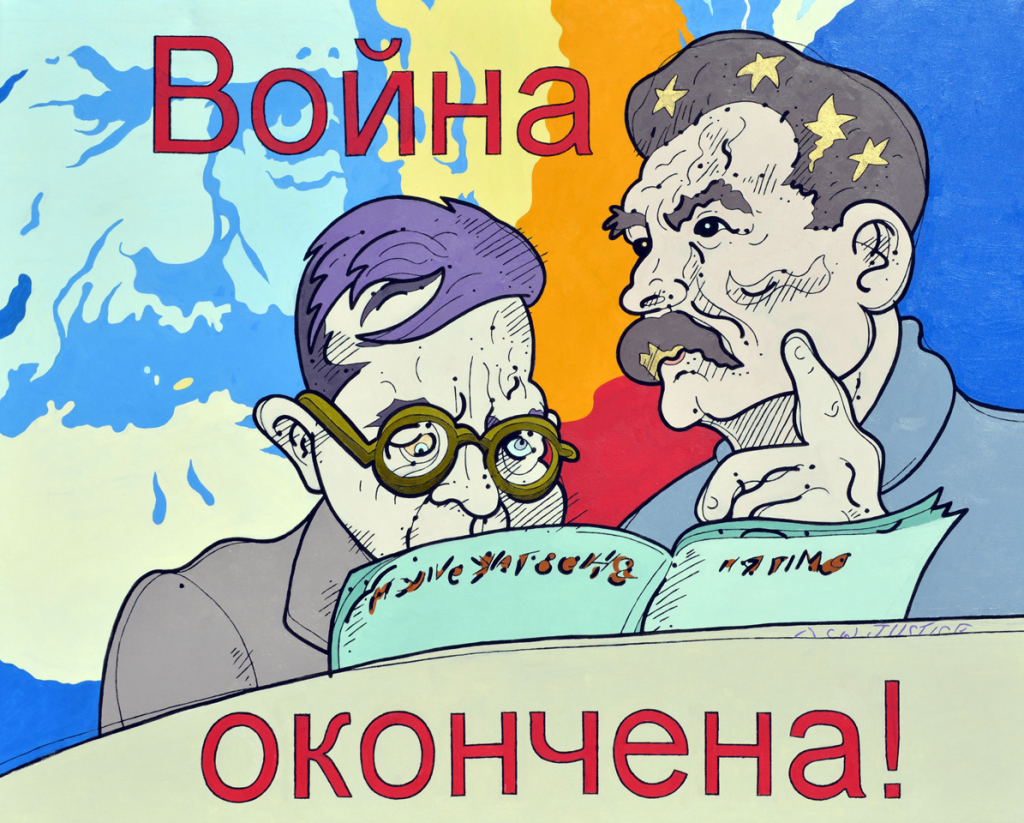 Our party has so closely followed the growth of all musical life in our country.  I have been aware of that close attention throughout my creative life.     – Dmitri Shostakovich

When Josef Stalin was in his teens, he and some friends (I guess they weren’t comrades yet) spotted a calf stranded by flood water on a small piece of island in the river.   There was only one thing for a man to do, Joe decided, so he removed his shirt and shoes, bravely swam through the current out to the calf, then … he broke the calf’s legs and swam back.  Ever the showman, he knew if you want to make a Hamlet you’ve got to break some legs.

This double portrait explores the stamina and genius of the Russian composer, Dmitri Shostakovich, who by charm, wits and wile, negotiated the tightrope between self-expression and personal disaster in Stalin’s Soviet Union.   ‘The Piano Lesson’ as a subject is common in art history, with the punchline often involving unwelcome advances on the part of the Senator – I mean, piano teacher.  In Soviet poster style, I here introduce the character of the meddling Stalin, accompanied by the smoky ghost of Marx and the words of Lennon (in Cyrillic), “WAR IS OVER!”