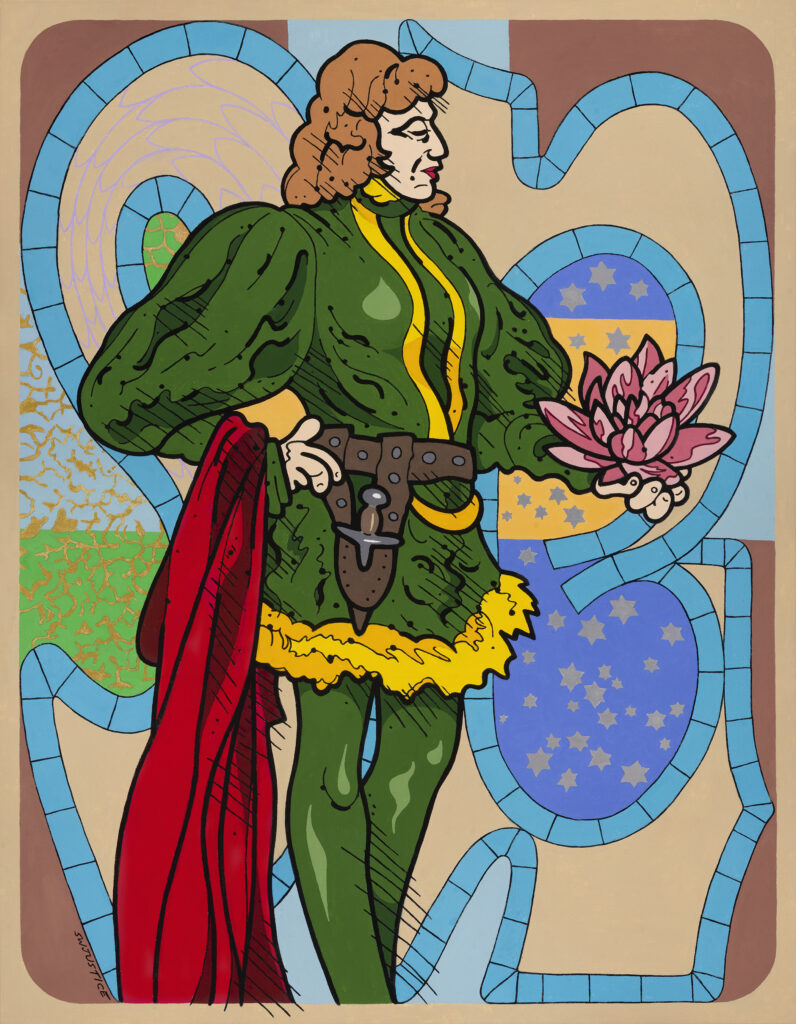 Quand meme.  (translation: Despite Everything.)

To clear up any confusion, this is a portrait of Sarah Bernhardt, a Jewish-born, Catholic-raised, French female actress playing a male, Christian Danish prince in an English play that I reset with a Buddhist title.  She cast herself as Hamlet (Hamlette?), in her own theater, in 1899, the first time a woman ever played the role, and which did not go over well with the Brits.  “Shakespeare,” she once said, “by his colossal genius,” she continued, “belongs to the ages.”  But apparently a woman playing Hamlet was not their cup of tea.  There exists two minutes of movie footage from 1900 of her crossing swords in Hamlet’s final duel, and she appears to be a convincing sword-fighter up to a point.  She was no stranger to death scenes – they were her trademark.  Better a death by blade or poison than by a bitter critic with a penful of bile.  Either way, the show must go on.

Later in life she lost a leg, but still performed, usually in roles that required less swashbuckling.  She had a knee problem that could have been scoped in Outpatient using today’s technology, but it was 1914 and amputation was a proven cure for every ailment.  Everybody wanted the celebrity’s recently detached limb, including P.T. Barnum, who offered $10,000 for it.  He planned to stuff it and put it on display, like everything else, but perhaps his intentions were darker than that.  Sarah’s leg was later believed to have turned up in storage at a Bordeaux hospital in 2009, until some Sherlock pointed out that it was a left leg, and Sarah had lost her right.  Or maybe it was the other way around.  Either way it goes to show, if you want to make a Hamlet you’ve got to break some legs.

The background of this painting was built around the Danish flag and commercial representations of an Alphonse Mocha-style “S” and a Hebrew “B”, both outlined with Parisian subway tiles.  The border and colors borrow from iconic fin-de-siecle poster art.