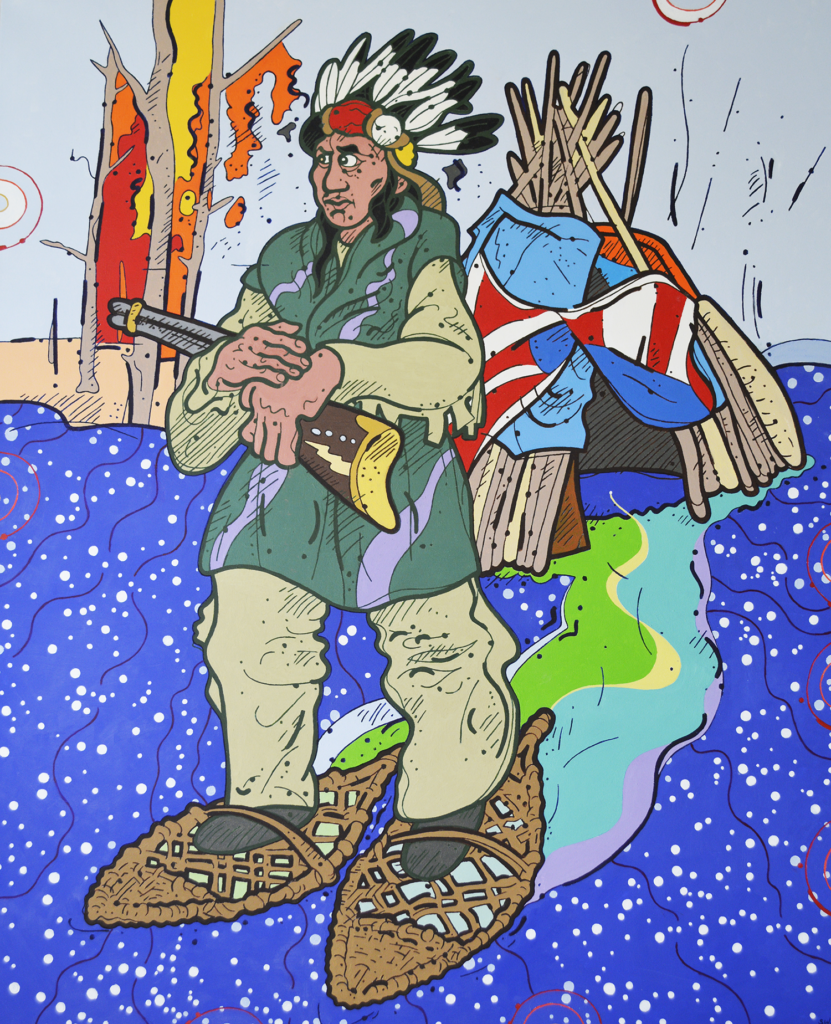 Everything the power of the world does is in a circle.  The sky is round, and I have heard that the earth is round like a ball, and so are all the stars.  The wind, with its great power, whirls.  Birds make their nests in circles, for theirs is the same religion as ours.  The sun comes forth and goes down again in a circle.  The moon does the same, and both are round.  Even the seasons form a great circle in their changing, and always come back again to where they were.  The life of man is a circle from childhood to childhood, and so it is in everything where power moves.

Black Elk was not an Ojibwe, he was Oglala Lakota, but when Black Elk Speaks, you should listen, even if you’ve heard it before.

The edge of the painting started out as an Ojibwe decoration, but it turned all cosmic on me when I enlarged it and became the sun, moon, and planets.  I introduce some rez to the scene with the flag, tarp, rusty sheet metal, and any-DOT sign, all being here recycled as make-shift building materials for his hunting lodge.  The twist in the flag speaks for itself, if you get the gist.

Sometimes simple resonance isn’t enough in art and you need a bigger club.  But it’s all relative, but if you want to learn more about relativity, don’t listen to me.  Talk to a relative.  They haven’t heard from you in months anyhow.