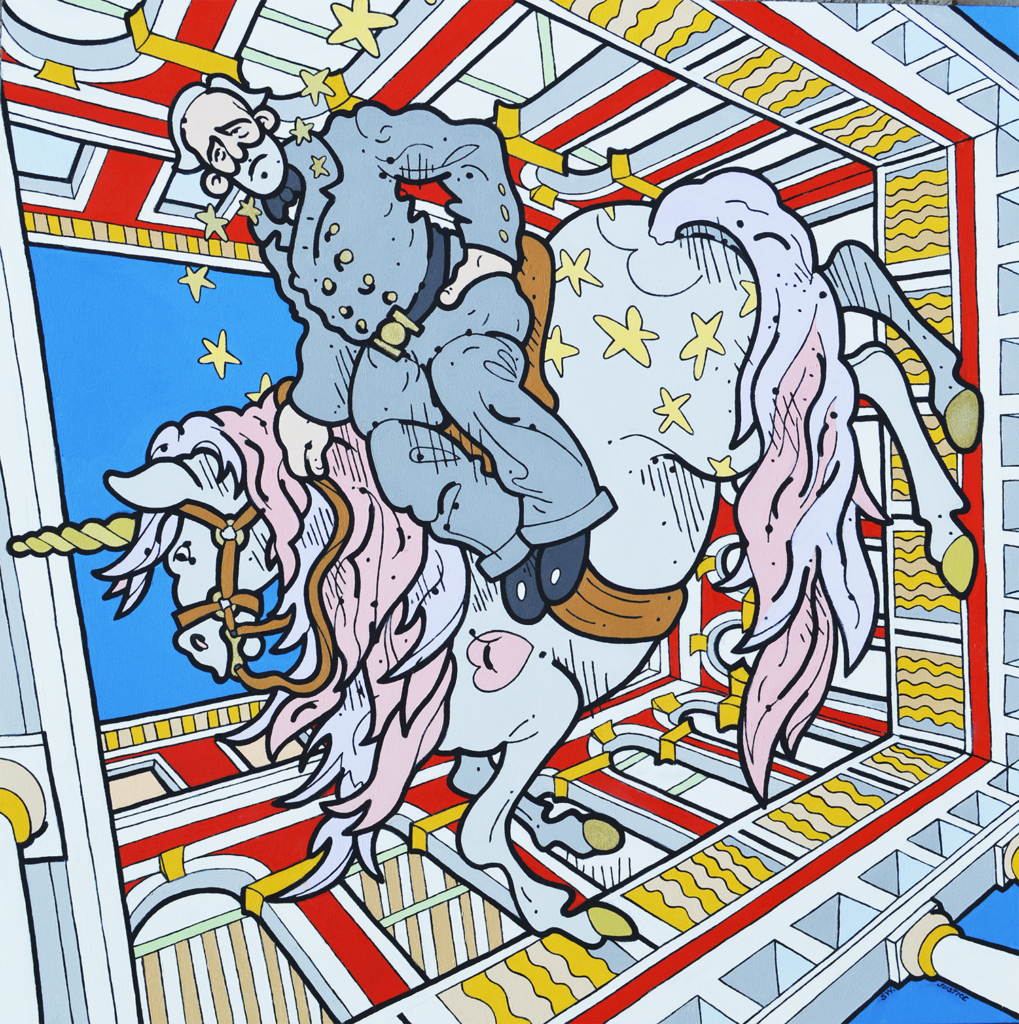 Frankness is the child of honesty and courage.  – Robert E. Lee

When we left off last episode in this redirected myth, our hero with a thousand faces and one major character flaw, the future Hat-head Hall of Fame inductee, the unflappable (he could not be flapped, though he did experience a flap-lapse at Gettysburg), The Old Man himself, The Grey Fox, The Great Typhoon, The King of Spades — Robert E. Lee and his magical wonder-horse, Trigger – I mean Traveler had become colorized and were flying, willy Lincoln – I mean willy nilly (if only a tad) off of their pedestal in a room that wracks and rocks like Stonewall Jackson’s ambulance at Chancellorsville.  (My favorite is “King of Spades”, dubbed so by his soldiers due to Lee’s practice of making them dig in everywhere they went.  Of Jackson’s mortal injuries at Chancellorsville, Lee observed that Jackson lost his left arm, but he (Lee) lost his right arm.  Funny stuff, eh?  Jackson’s arm started to stink, so it was buried at Chancellorsville, where you can still go to pay your respects, and what remained of Stonewall was buried in Lynchburg, Virginia.  They stuffed Jackson’s blunder-horse, Sorry – I mean Sorrel, and stuck him in the VMI museum.)

The roof is gone and inside is outside, not unlike the ceilings that are always absent in a Donald Roller Wilson dream painting (and like some of my own dreams), though in DRW’s paintings animals are frequently smoking cigarettes and have olives balanced atop their heads.  I don’t know why.  In his statements, he’ll point out that a certain animal is smoking, in case we didn’t notice this, I suppose.  Our Heroes are here inside a flag, if you ever wondered what the inside of an American flag looks like.  Inside a Confederate flag, it’s too dark to read, which may explain a lot of things.

If Trigger appears agitated, it’s because a horse divided against itself cannot stand it, if I may misquote my old friend Abraham.  Speaking of whom, can you tell me where he’s gone?  He freed a lot of people, but it seems the good, they die young.