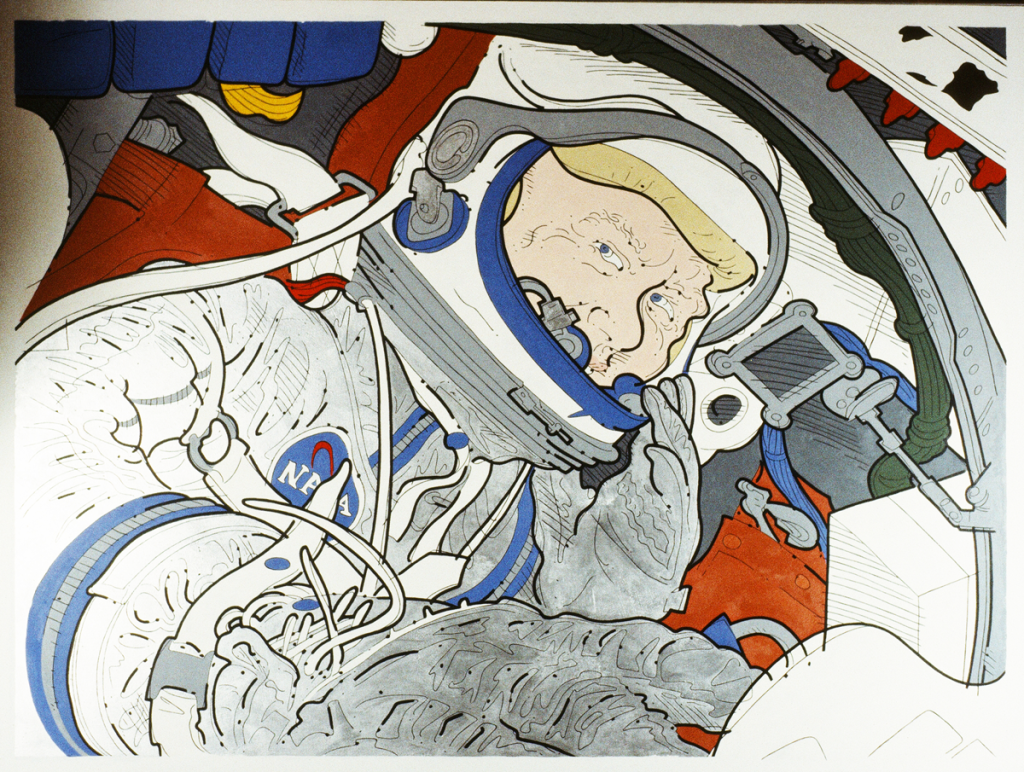 I don’t know what you could say about a day in which you have seen four beautiful sunsets.     – John Glenn

We knew who the early astronauts were because we were taught that they would be our new heroes until someone more exciting came along, like the Beatles, Stones and Animals did only a couple years later.   We watched John Glenn ride the rocket on a grainy black-and-white television that was so huge that the custodian could wheel it into the classroom only after knocking out a wall, and so complex in its operation that only the principal could work the controls.  The tallest boy in the class had to hold the antennas just so, for the best reception, so he missed everything.  As usual, the kids who had a hard time paying attention to more than half an orbit were locked in the darkened coat room for 10 to 20 minutes (or longer if the teacher forgot about them), the usual punishment for such a crime and a proven cure for ADD, left-handedness,  gender issues and polio. But the rest of us sat on the floor and watched our brave space monkey ride around the world three times.

My lines, shapes and colors find their way as if guided by some kind of memory, and the opposite of memory isn’t forgetting – it’s not yet knowing, so don’t feel bad if you didn’t know that.  The artist can be a witness to history.  A custodian of memory – when memory pukes we’re there to mop it up.

We cannot remember what we never knew, nor can we recognize what we don’t understand.  Understand ?