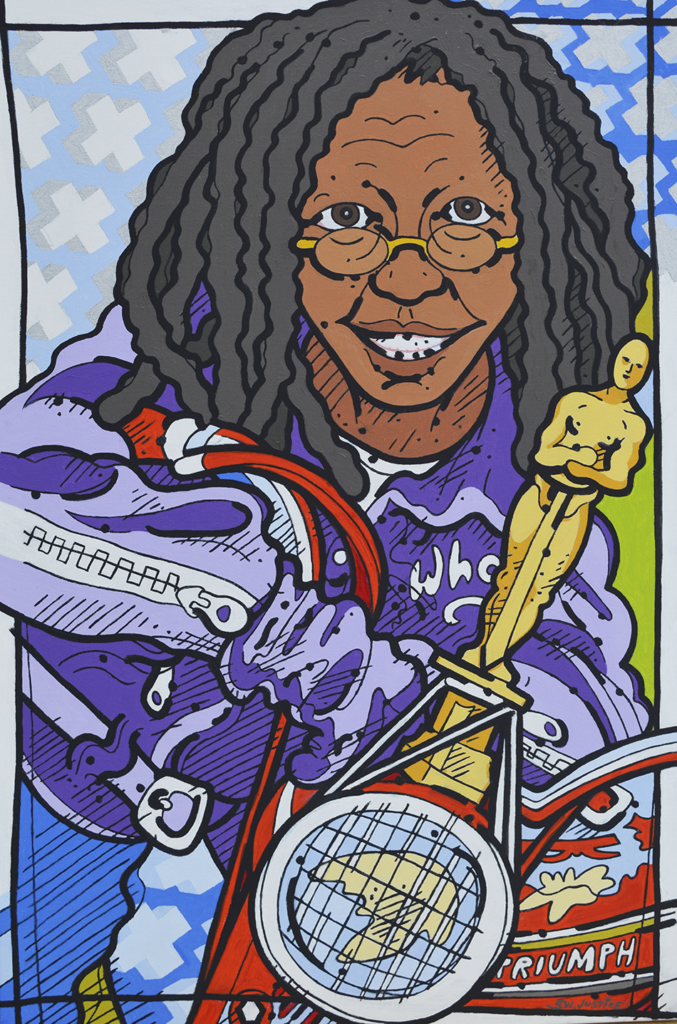 Everything for me is visual.  That’s just how my head works.     – Whoopi Goldberg

This commission shows Whoopi Goldberg leaning on a motorcycle in Brando’s “Wild One” pose, with Johnny’s trophy replaced with Whoopi’s Oscar, and his leather jacket changed to The Color Purple, in reference to Whoopi’s first movie role.  The “x” motifs, used here as stars, clouds and patches, were derived from plan views of the New York City housing projects that Whoopi grew up in and worked hard to put behind her.

The title comes from a question I was once asked that I couldn’t answer, that being “What’s the title?”  Just like Stephen Stills once announced to his band Buffalo Springfield, “I’ve written a new song, for what it’s worth.”  Thus, it was named “For What It’s Worth”.

I’m not sure what else I can tell you that I don’t already know.  I think something’s happening here, but what it is ain’t exactly clear.