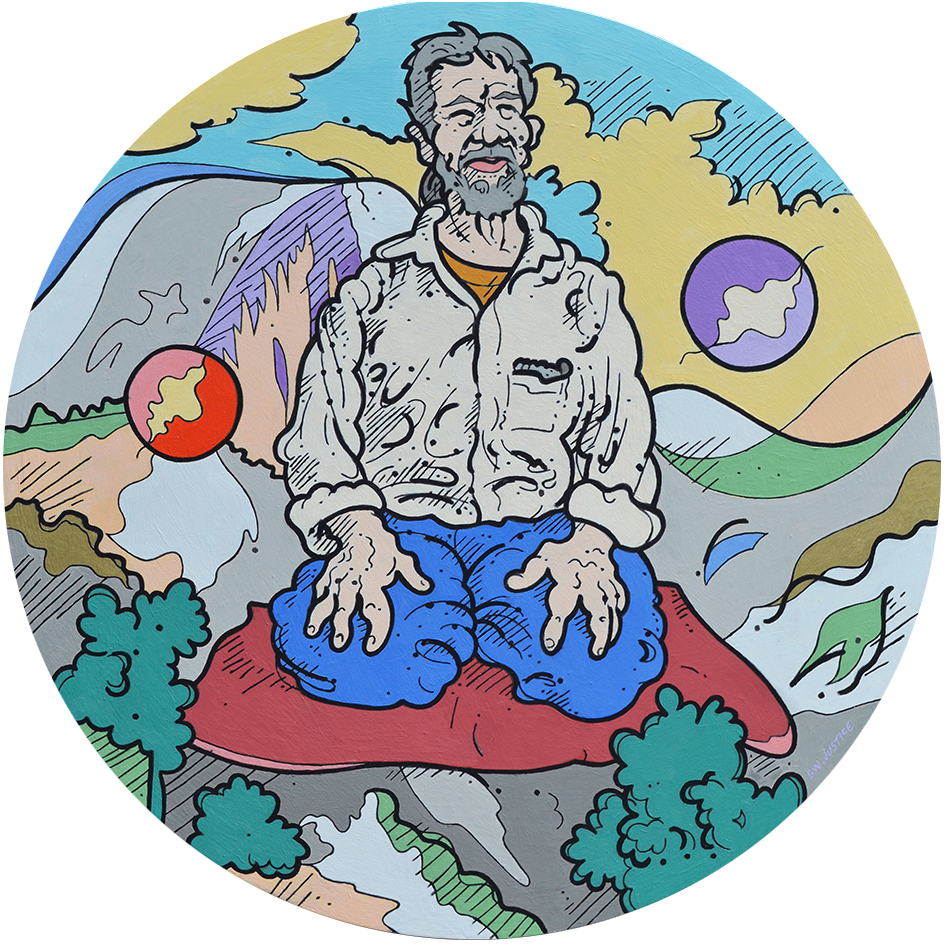 It comes blundering over the / boulders at night, it stays

frightened outside the / range of my campfire

This painting is a collision of 2 paintings.  One is a double-inversion of a Half Dome cartoon that I drew and painted long ago, that I called “Fool Moon Over Half Dome”, and the other is a portrait of Beat poet, Zen Buddhist and environmental activist Gary Snyder, sitting on his meditation cushion like a mountain among mountains.  Things become complicated as Gary levitates, the moon occurs in both the foreground and the background, and the scene swirls seamlessly into an asymmetrical, mad, reeling yin yang karmic, dharmic wheel, man.  Look at it go!

The background style and colors are influenced by National Park Service poster art.  The gold veins represent the gold veins of the California Gold Rush and also Japanese wabi sabi (kintsugi), which is the celebration of flaws, as in filling cracks in pottery with solid gold.  All cracks aren’t bad, you know.  Cracks are sometimes how the light gets in, and crackpots can be interesting, in reasonable doses.  Liking one doesn’t mean you have to like them all, so I hope we can still be friends after this.