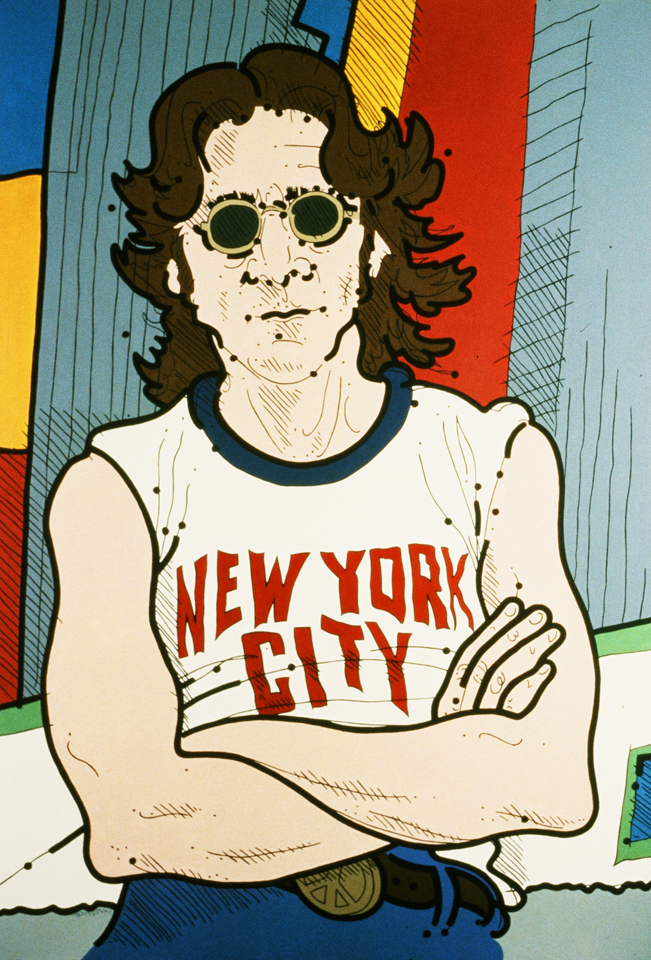 When music comes to me – ‘the music of the spheres, the music that surpasseth understanding’ – that has nothing to do with me, ‘cause I’m just a channel.  The only joy for me is for it to be given to me, and to transcribe it like a medium … Those moments are what I live for.     – John Lennon

That was a haiku poem.  People think all you need is three lines of 5,7 & 5 syllables to qualify as a Haiku, but it also needs to balance on a pause.  And, the 5-7-5 rules applies to Haikus written in Japanese, but that might translate, for example, to 7, 10 and 2 syllables in English.  So, get that chopstick out of your ass and loosen up a little on that 5-7-5 rule.  I’m paraphrasing Alan Ginsburg when I advise this, by the way (btw).  But don’t listen to me.

This painting was sold to a builder on Long Island who prefers to remain anonymous, named Vinny “The Hammer” Risotto.